Find Kareena Kapoor in Singham – With her latest fashion

Let’s Talk About You

Tell what you can do for your visitor and how your service can help.

10 Style Charts for Every Woman

10 Style Charts for Every Woman

Kareena is the style icon for a young Indian woman .You can find Kareena flaunting ethnic yet contemporary outfits from the Ritu Kumar Label collection.There are almost 20-25 designer outfits that Kareena is wearing in this movie .Those are young , fun and fit into the mood of the generation next in India.

Fans of Kareena Kapoor are in for a real treat, as we get to see a new Bohemian look for the sassy actress in her latest film Singham Returns.
In this movie she is playing a role of a very bubbly and outgoing Maharashtrian girl, who plays the love interest of Bajirao Singham. We have played with a lot of vibrant colours giving her a very bohemian and chic look.

When quizzed Tanya Ghavri, stylist for Kareena in the film, said: This is my first film with Kareena. She is a star and has probably tried all kind of costumes since she has been in the film industry! So for this film particularly, and keeping the cops story in mind, I have played with the maximum colours. There are almost 20-25 designer outfits that Kareena will be seen wearing and are all a class apart from each other. Its surely going to be a treat for her fans. 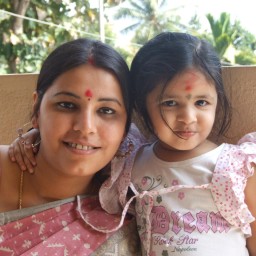 Hi, I am Puja. I am blogger, a social media enthusiast, internet marketer and a work at home mom for a 6 year old cute little girl. I run a successful Indian food blog, which you can read at http://thetastesofindia.com in addition to running this fashion blog. I have a very simple concept of Fashion - whatever you are comfortable in. I strongly believe in the quote, "'Dress shabbily and they remember the dress; dress impeccably and they remember the woman."

..And get the latest in Fashion delivered to your Inbox in the form of a hand-curated Magazine!!

Sign up Below to Receive your Copy of iFashion - Our Fortnightly Magazine!